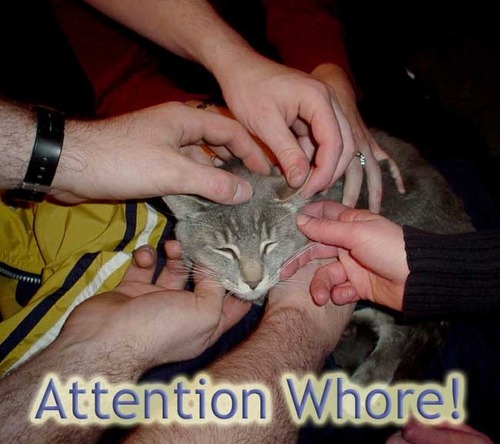 A long time ago (June), in a galaxy far, far away (Spain), I had a lively conversation with a few close friends in which they tried to convince me that animal training was best done with exclusively positive reinforcement. Despite knowing nothing about the topic, I stubbornly held to my intuitive view that punishing bad behavior was not only useful, but necessary.

I have since found multiple anecdotal case reports that not only is positive-reinforcement only training effective for dogs, it is in fact the preferred training modality if establishments such as the Austin Humane Society. Surprised and intrigued, I took the first opportunity that presented itself to report my findings to one of the friends with whom I'd had the original discussion (as well as admit my error). In the conversation that ensued, she related to me some of her experiences training dogs for shows, and the challenges and frustrations of being nonreactive to bad behavior. Some trainers, for example, simply turn their back when a dog is acting up, but then give it treats and attention for sitting quietly or obeying a command. After being enlightened by her stories, I playfully asked if she planned to employ some of these strategies with her own family someday. In response, she opined that the complexities of human behavior precluded the efficacy of such simple techniques of behavior manipulation.

I've pondered this statement for a few days now, and I respectfully disagree. I think that at least the fundamental premise of "negative attention is better than no attention" has merit even in humans, old and young, smart and dumb, male and female. The most salient example I can think of is the case if the so-called "attention whore," which I'll define for the time being as an individual that repeatedly and inappropriately solicits attention, most often failing or refusing to discriminate positive from negative responses.

I'm sure that many of you can think of an acquaintance, whose conspicuously inorganic emotional outbursts or risqué public commentary push you to either cringe and leave, react in kind, or grin and wait expectantly. Today I'd like to submit the possibility that the most powerful response to misbehavior may be the lack thereof, in conjunction with compensatory increases in positive reinforcement for "good" behavior. Such a redistribution of attention-reward may prove to be a potent stimulus for behavior modification but requires far more self control on the part of the "trainer."

An additional consequence of this paradigm is that the onus for behavior change shifts to the observer. An interesting suggestion — perhaps I am responsible for failing to sufficiently reward desired behavior. How often do I fail to compliment the stable and self-sufficient for helping make the world a sane place? How much better would my world be if I were to refuse to validate those that satisfy the universal craving for attention with conversational terrorism?

Most importantly, what ramifications might such a strategy have if implemented during the periods of highest neuronal plasticity, early in life? I suppose that any speculation here would depend on the relative importance of carrots hanging from sticks versus our natural instincts that drive the behavior in question. Certainly such interventions wouldn't prevent feeding, and I imagine they would be ineffective for any other "habit" that one participates in privately or especially secretly. But perhaps for public behavior (such as "good manners")... Who knows? </rant>

NB: Composed this on my phone, so it may be full of typos and riddled with logical flaws.